Why You Shouldn’t Always Get Excited About a LinkedIn Endorsement If you’re active on LinkedIn (and what sales professional isn’t at this point), you’ve probably received a few endorsements from friends, peers, and colleagues by now.

Maybe those folks have vouched for your lead generation and account management skills. Or maybe they’ve proudly declared that you know your stuff when it comes to new business development or sales prospecting.

Unless, of course, you don’t have those skills, or you don’t really know the people who are issuing those endorsements.

Neither scenario seems particularly helpful, so why would you really want to receive those endorsements?

To be clear, legitimate endorsements of skills that you really possess (from people that actually know you) can be incredibly valuable.

Unfortunately, however, some sales professionals today are so desperate to demonstrate their credibility that they’ll include a laundry list of skills on their LinkedIn profiles that are closer to fiction than reality.

The problem with that, as I wrote in a post about LinkedIn recommendations a couple of weeks ago, is that listing skills you don’t have is no different than lying on a resume. Furthermore, even if you aren’t the one claiming to have the skill, receiving (or giving) less-than-credible endorsements simply cheapens the value of the truly valid endorsements you do receive.

But don’t just take my word for it.

Soon after I wrote the aforementioned LinkedIn recommendations post, I received an e-mail from Rick Gregory, a follower of mine and the owner of Gregory Ventures, who had this to say about LinkedIn endorsements:

“I’ve received a ton of, ‘Congratulations! Your connection [whoever] has endorsed you for the following skills and expertise…’ Most of the time, I don’t recognize the person and have never worked with them. There’s no way they could know enough about me to make the endorsement. And, too often, I receive requests to endorse others, or worse, to ‘complete a short survey about them,’ and I have no idea who they are.

I think (those LinkedIn endorsements) cheapen and dilute whatever influence endorsements may have had previously. I’m amazed at the lack of integrity of those giving random endorsements in the hopes of receiving them back. I wish there was a way to reject endorsements from people I don’t know.”

I received several other e-mails from newsletter subscribers who echoed his sentiment. One subscriber even suggested that the majority of his 200+ endorsements are from people who have no working knowledge of the skill they endorsed him for.

Ultimately, that’s the crux of the issue.

While LinkedIn recommendations and endorsements can serve as much-deserved praise for the skills, expertise, and abilities you do have, they can also dilute your credibility if they’re not warranted or come from people who shouldn’t really be vouching for you.

At the end of the day, we can’t possibly have worked with or experienced all of the people in our network, so why endorse everyone? There’s no shame in politely declining someone’s request for an endorsement, and you should absolutely be diligent about the skills you list for people to endorse.

Your reputation is at stake here, and it’s certainly not worth sacrificing it for some relatively meaningless adulation. 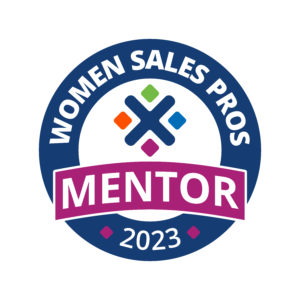