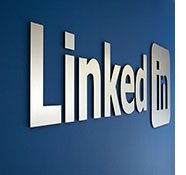 A few weeks ago, as I was sifting through new messages and connection requests in my LinkedIn inbox, I noticed a comment someone had made to a profile update I had posted. I won’t expose this person by sharing their name or what they said, but suffice it to say the comment had nothing to do with my post.

Instead, the comment directed me to visit this person’s website and check out a generic piece of content that, again, was unrelated to the discussion I had started. In other words, it was blatantly self-promotional, pushy, and irrelevant.

Any guesses on how I responded to that comment? Obviously, I ignored this person’s self-promotional request and deleted their comment. Then I promptly removed them as a connection.

Unfortunately, we’re seeing more and more of this behavior on LinkedIn.

LinkedIn is a professional social networking site — a place for like-minded people to share ideas and helpful content, or engage in a very organic, authentic, and non-salesy way. What it’s not: A forum for blatant self-promotion. Sure, LinkedIn Groups can sometimes devolve into uncontrolled declarations of personal greatness (a practice you should still avoid), but you don’t exactly expect to see comments like the one I described above when you post an update to your profile. And when you do see them, they rarely motivate you or your connections to take the action the person requested.

Here are just a few reasons why you should avoid self-promotion on LinkedIn:

Here’s the bottom line: LinkedIn is a professional network — and you should treat it as such. Your connections will likely act professionally when they engage with you on LinkedIn, and they expect you to treat your network the same way.

Yes, people are more accepting of new connections on LinkedIn and after you’ve built a relationship with them they might be receptive to information about your company’s products or services. But LinkedIn users are also generally protective of their network — precisely because they are professional connections. If you choose not to respect that, then you better prepare to take a hit to your connections and your own professional credibility.